Posted by Naim Yahya on June 26, 2014
Android is everywhere..!! Samsung, Acer, Lenovo, ASUS, HTC, Amazon, LG, SONY… you name it. Even the locally made, extremely cheap phone in the market also uses Android. Well, it’s based on the modified version of Linux, which is open source. So, developers have an option to modify the OS any way they like. 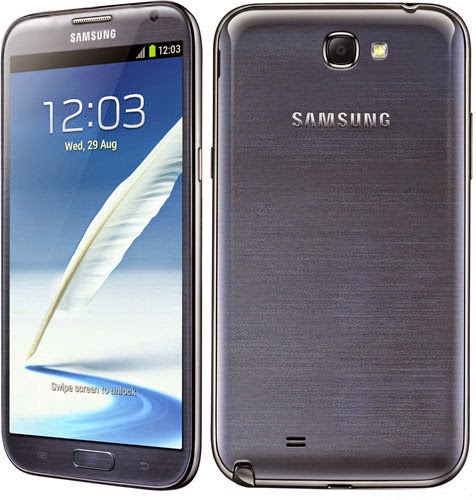 I bought my wife a Samsung Galaxy Note 2 for her birthday last year, and she really loves it. It has big screen and a stylus for her to write or draw on the phone. Weights about 180 grams, quite on the light side, with its plastic casings. It feels really good taking picture with its 8 Megapixel camera and viewing on its 5.5” HD Super AMOLED screen. You can even see your pimples when you zoom on it.

In the old Nokia 3210 era, people around you usually will compare “how small is your phone..?” or “Do you have a color screen..?” when choosing to buy a phone. “Got camera or not..?” What, no camera..? No problem..!! As long as I can make a call or sms, that’s good enough for me. Well, those were the days. Missing that time already, when you try to beat your score in Snake, and be a music maestro by composing your own personal ringtones. Do you remember that? Searched the net to find the notes for The Rock’s (from WWF, now known as WWE for all you “young” generations) theme song when he entered the ring.

Now, when choosing a phone, you want to check, how big the screen is, does it has LTE… or, how many megapixels is the camera, and also the CPU speed. All that will take into considerations when choosing your phone. Well, that’s why they call it a “Smart Phone”.. ‘coz you can do everything with your phone, just like you very own computer.

Ok, come back to Note 2, well, I can see it’s a fast phone, you can even say “Cheese..!!” when you want to snap a selfie and the phone will snap your picture without the need for you to press on the shutter. What..? You didn’t know..? Go ahead and try it..!!

But for me, Note 2 is not “the” phone for me. I always accidentally keep pressing the back button because it is too… sensitive. Then, the battery also drains quite fast. Need to recharge often.
And, you know Samsung, new model every year. You just starting to get used to this model, then Note 3 was announced. Don’t really have time to “enjoy” it. Well, that’s my personal opinion. Why? Read on and maybe you’ll find the answer.

Waiting to know why I’m not really into Samsung, or Android? Hehehe.. well.. maybe I’m just an ‘iphone fanboy”…

This was (and still is) my first Smart Phone. Bought it about 3 years ago. And still using it. It’s heavier than the Note 2 because its front and back cover is glass. Do you know it’s scratch resistance also? Go ahead and try to scratch it using a key or something. Mine, still scratch less even after 3 years.

Loved the IOS. Smooth transition when you slide between pages of your screen. Easy to manage the settings. And the App Store got lots of freebies to choose from. The latest ios version 7.1.1 is pretty nice. But… since I’m using an “old” iphone 4, I can feel some slowness when opening an application, especially whatssap… really hate the wait time... I think Apple should do something about it. Even though they said they’ve already “fixed” the issue.. I don’t see any difference. I think, I other words, they want me to upgrade to new phone eh.. Hahaha.. will consider it. Since this phone is still usable, might as well wait for it. Well.. “if it ain’t broke, why fix it.?”.

I don’t think comparing the CPU speed between  Samsung and Apple is relevant. Well, you have two different phone, will two different OS. It’s just not the same. Like you want to compare between the speed between Windows and Mac Os. It’s different in architecture and is proprietary to that particular hardware. If you do want to compare, well, MacBook Pro notebook’s battery life last longer than a Windows based notebook.

So, Samsung is fast, because it’s application was built for their OS and Hardware. Same goes to iphones. You can, however compare between iphone 4 and iphone 5. Same IOS version, but upgraded hardware. You can see that iphone 5s is faster, with its A7 processor. Lightning speed..!!!

Hey..!! Is this a comparison or just a story..? Well, it’s part comparison and part personal experience. I’ll do a proper comparison later when I upgrade our phones (Samsung and iphone). If you never used a Smart Phone before, well, after reading this, maybe it can help you to decide which one to choose. Either it’s Android based (Samsung, Lenovo, Acer, Motorola… etc.. etc..) or it’s IOS based (The ever popular iphones). As for me, once you used IOS.. you’ll never look at other version again.

Thanks for reading. If you have anything to say or don’t agree with me, do leave a comment below. Or follow my blog or RSS for more update on this world of IT that I really love and has become a part of my life.

It has been about one week since I've upgraded my Dell Latitude E6430s from Windows 7 to Windows 10 Professional. You can read on my previous post on Windows 10 installation here and first look on what Windows 10 has to offer here.
Well, since it is still new in the market (or web, which you can download for FREE), there are still some, what I would say, hick ups (or bug) somewhere. Yet, it depends on which hardware that you installed it to. 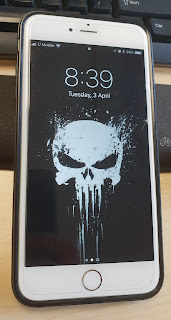 I switched from iOS to Android

To this
Day 3... and counting. Stay tuned for the review.

Until then, here's my previous reviews on Apple vs Samsung. You can check it our here and here.